Australia Orders Investigation Into Assault of Its Journalists

7 News reporter Amelia Brace and cameraman Tim Myers were covering the tensions in the United States capital ahead of remarks made by President Trump at the White House.

"We are in discussion with the State Department and they have offered assistance to identify where the complaint should be targeted", Sinodinos said.

"As Australia's Foreign Minister, Marise Payne, emphasised overnight, Australia is always supportive of people's right to peaceful protest and we encourage all involved to exercise restraint and to avoid violence".

Brace said that she and her videographer were trying to move but police kept pushing forward, rushing the crowd to edge protesters out of the park.

Channel 7 reporter Amelia Brace filmed a segment on the George Floyd protests Monday, that documented D.C. police firing tear gas at the peaceful protesters just as President Donald Trump was about to give his Rose Garden speech. Brace says the pair were forced into a corner as they were met with police and members of the National Guard.

The US ambassador to Australia, Arthur B. Culvahouse Jr., said on Twitter: "We take mistreatment of journalists seriously, as do all who take democracy seriously".

Both were shot with rubber bullets and faced the tear gas thrown at protesters near the White House, according to the Times. 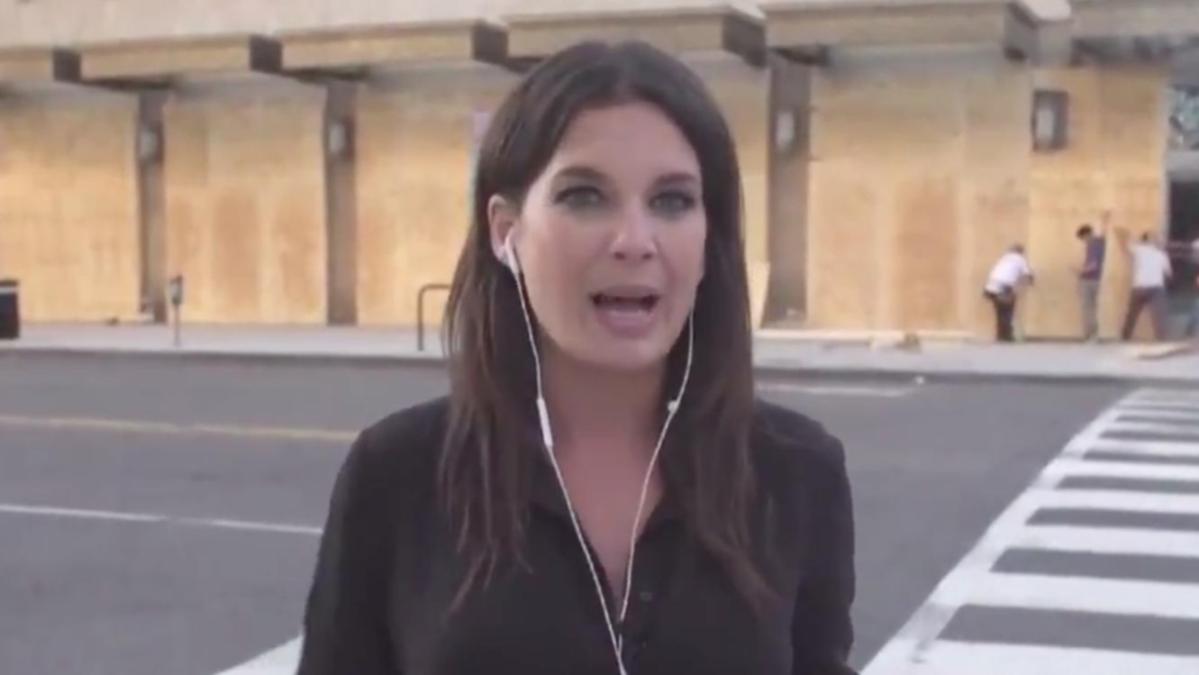 Seven's director of news and public affairs Craig McPherson described the police actions as "nothing short of wanton thuggery".

Meanwhile, Australian Prime Minister Scott Morrison has called for an investigation into the incident from the Australian Embassy in Washington.

Morrison has requested that it be investigated by the Australian Embassy in Washington and that they should provide further advice on registering the concern of the Australian government.

Camera IconAmelia Brace was clubbed with a truncheon.

"We remain steadfast in our commitment to protecting journalists and guaranteeing equal justice under law for all", he added after quoting Secretary of State Mike Pompeo on the importance of a free press.

Law enforcement forcibly removed protesters from Lafayette Square near the White House on Monday evening, shortly before President Trump walked through the square to visit the historic St. John's Church.

Elliott and Logano tangle late battling for Bristol win
For his part, Elliott said he was "just going for the win". "I just got loose and got into him". "I'll certainly take the blame". Keselowski, in a contract year with Team Penske, got his first victory of the season last Sunday in the Coca-Cola 600.

Five Barcelona players 'tested positive for coronavirus' - but club kept results hidden
The five players were not revealed during the broadcast, but it was claimed the positive tests came in towards the start of the crisis.

Two kids dead after taking grandmother's auto , crashing into creek in Missouri
The auto left the roadway became airborne a few times before eventually landing on its roof and catching fire. According to KSHB-TV, the vehicle hit a guardrail, landed on the ground and went back into the air.

Cyclone approaches Mumbai, NDRF teams deployed
More than 500 people were killed, washed away, buried in landslides, electrocuted or simply suffocated in their drowning cars. Although the exact location of the landfall is still not determined, it is likely to be close to Mumbai .

Sacramento Kings Announcer Grant Napear Resigns After 'All Lives Matter' Tweet
Webber added two clown emojis. "Would expect nothing less from a closet racists", Barnes tweeted . Napear said he was unaware of the political ramifications of his tweet.

Facebook now allows users to hide older posts
It's a nifty feature that allows you to make certain Facebook posts private instead of moving them directly to the trash. Only you can see archived posts until you restore them.

Care home Covid deaths may be 'under-reported', suggests PHE review
In terms of deaths per 100,000 population, black groups had the most - 485 in women and 224 in men. People who are 80 years of age or older are 70 times more likely to die than those under 40.